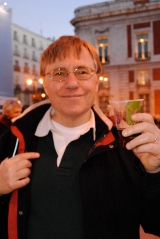 At the end of May 2015, I terminated a 37-year career with the United States federal government, 36 of which were spent with the United States Department of Justice – where I planned to stay 2 years maximum when I joined the Department in 1979. During the latter half of my career with Justice, I was privileged to work in the section of the Department that provides criminal justice and rule of law assistance to overseas partners around the world, and had the opportunity to represent the Department in missions in Haiti, Bulgaria and Benin. Between these overseas assignments, I worked at DoJ Headquarters, primarily directing the Department’s assistance programs in Central and Eastern Europe. But that rewarding professional activity is all behind me now. I am officially retired.

In retirement, I hope to maintain tomsbooks much as it has been since its inception in January 2012. I will continue to introduce readers to books involving modern history, politics and political theory, my main areas of interest. The books are likely to be ones that readers are not familiar with. I do not explicitly avoid best sellers, but do not read many myself and believe that readers can get introductions to such books from numerous other sources.    I will readily admit to being Euro and North America centric in my reading and writing tastes. But, as in the past, I will occasionally move out of my comfort zone and review books involving other parts of the world.

For the immediate future, I will be working primarily out of La Châtaigneraie, a small town of 2, 500 in Vendée, Western France, where my wife Christine and I have relocated. La Châtaigneraie is about one hour south of the Loire Valley, and one hour inland from well-known Atlantic Coast beaches.   Vendée was the scene of a bloody pro-royalist counter-revolution during the French Revolution in the 1790s. Today, however, our corner of Vendée is calm to a fault, a bucolic region of small towns and small farms, and a good location to read, write and otherwise enjoy the early retirement years. 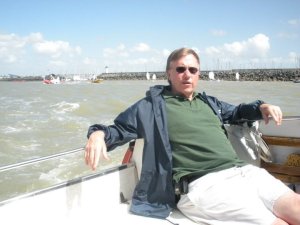 2 responses to “About Tom”