Tomsbooks@10: Beyond the Singular ‘They’ 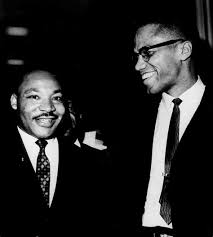 Ten years ago today, on January 22, 2012, a time when I barely understood what a blog was, tomsbooks vaulted into cyberspace with a review of John McWhorter’s Doing Our Own Thing: The Degradation of Language and Music and Why We Should, Like, Care.

McWhorter has since become a regular columnist on language-related issues for the New York Times, and I chuckle that I had the temerity in that first review to take him to task for using what has come to be known as the “singular they,” as in: “if a person is writing a blog, they need to know what they’re talking about.”  I counted some 19 of these constructions in McWhorter’s book, any one of which would have earned him an “F” from my 9th grade English teacher.

2012 was before the issue of gender sensitivity had risen to the fore, at least for me, and I didn’t have a clue then as to what a non-binary person might be or where that person – see, I didn’t have to use “they” — stands in a gendered world.  I just thought the singular “they” was wrong as a matter of basic English grammar.  Ten years later, as I have gradually come to understand a little about being non-binary, I still think the singular “they” is wrong.  Just plain wrong.  Period.

Without giving an inch on my view of the “singular they” since that initial January 2012 posting, tomsbooks has moved intrepidly on, with most reviews concentrated in the core subject areas of modern history, politics and political theory.  Over the course of ten years, the overriding objective of tomsbooks has remained the same: to bring to the attention of non-specialist readers recent works in these core areas that are unlikely to make the best seller lists yet may be worthy of their precious reading time.  If my ten-year count is accurate, I have now reviewed 193 books, in 178 separate postings on this blog (chronological and subject matter lists available on request).

The subject matter of some but not all of the books reviewed here falls within these core areas.  Over the past five years, I have veered occasionally into the world of literature, with reviews of several books on literary works and their authors, among them:  James Joyce, Albert Camus, Victor Hugo, Joseph Conrad, Franz Kafka, George Bernard Shaw, Oscar Wilde, and F. Scott Fitzgerald.

In 2021, moreover, I began a partnership with Tocqueville 21, a blog affiliated with the American University of Paris and its Center for Critical Democracy Studies.  Tocqueville 21 seeks to encourage in-depth thinking about democratic theory and practice, with particular but by no means exclusive emphasis on the United States and France.  I have now posted 12 reviews on the Tocqueville 21 blog, all of which also appeared here.  I am confident that this fruitful partnership will continue in 2022, as tomsbooks begins its 11th year.

My association with Tocqueville 21 has re-enforced a conclusion I reached five years ago, writing in late 2016 on the occasion of tomsbooks’ forthcoming 5th anniversary, that most of the books reviewed, including those with a literary bent, explore some aspect of modern liberal democracy, more often indirectly, occasionally directly.  I defined liberal democracy as the system of government that “seeks to maximize both individual liberty and equality among citizens, through free and fair elections, the rule of law, free but regulated markets, and respect for human rights.”  Liberal democracy is also decidedly pluralist, “seeking to provide a channel for as many voices as possible to compete for influence in a free and orderly, if at times cacophonous, process.”  Those of us lucky enough to have been born or raised in the United States, Great Britain or Western Europe in the post World War II era grew up with imperfect yet functioning versions of liberal democracy, to the point where it became  all too easy to take its multiple benefits for granted.

I went on to note that many of the books reviewed on tomsbooks addressed instances where liberal democracy has “gone off the rails,” most notably in Nazi Germany and Bolshevik Russia, two subjects that remain of great interest (and, for those who believe that reading is an uplifting pastime that can make us better moral beings, I can’t help but point out that both Hitler and Stalin were voracious readers). 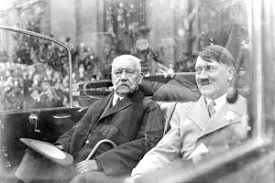 While writing in late 2016, I was also bracing for the incoming Trump administration and seeing disquieting signs for liberal democracy.  The man the United States had just elected as its next President seemed to be “at best indifferent to the ideals of liberal democracy, often hostile.”  Earlier that year, Great Britain in the “Brexit” campaign tinged with no small doses of anti-immigrant sentiment, notoriously elected to pull out of the European Union, probably the most ambitious multi-national liberal democracy project of the post-World War II era.  I also noted how anti-democratic, authoritarian governments appeared to be on the rise elsewhere, including Hungary, Poland, Turkey, and Russia (with Hungary’s Viktor Orbán usually given credit for coining the term “illiberal democracy”).  I concluded in late 2016 that the world’s global civilization appeared to be “heading into the darkest and most difficult period for liberal democracy since the 1930s. We can only hope that a catastrophe analogous to the world war that erupted at the end of that decade can be averted.”

Much has happened in the five years since I wrote that passage.  Thankfully, no open conflict similar to a far-ranging war has broken out in the interim, although the current pandemic has often been compared to a worldwide war and there are plenty of reasons to be nervous about the possibility of widespread violence, starting on the Russian-Ukraine border, but also in locations as divergent as Iran, Taiwan and the India-China and India-Pakistan borders.

But if “concern” best described my feelings about the future of liberal democracy in late 2016, “terrified” better captures those feelings now, especially as applied to my home country, the United States of America.  As I write this, an authoritarian assault on American democratic norms, values, and institutions — what some writers have termed a 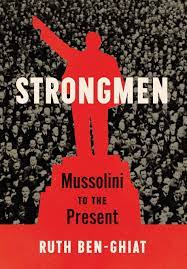 “slow moving coup” — appears to be taking place before our eyes.  In a narrow sense, the assault arises out of the notion that somehow the 2020 presidential election was “stolen” from Donald Trump and that Joe Biden, despite winning more than 7 million votes more than Trump and a decisive majority in the Electoral College, is somehow an illegitimate president – a view supported by no empirically verifiable evidence yet shared by an astonishingly high percentage of my compatriots.

The counter-factual notion of a stolen election, of course, precipitated the assault on the US Capitol in January of last year, an event that would have seemed to me like the stuff of third-rate fiction back in late 2016.  But largely out of public sight, state legislative majorities of the Republican Party – the party of Lincoln, the party that once stood for full civil rights and empowerment of formerly-enslaved persons while the Democratic Party unabashedly supported racial segregation and second class citizenship for African Americans — are making voting more difficult in several states, with the obvious intention of dampening the turnout of traditional Democratic voters, particularly African Americans.  Even more stealthily, Republican majority legislatures are passing laws that would allow those legislatures to override the votes of their citizens in the anachronistic Electoral College process utilized for presidential elections.

At his address at the US Capitol earlier this month to commemorate the January 6th uprising at the US Capitol, President Biden castigated the movement to make voting more difficult.  In state after state, the President observed, “new laws are being written — not to protect the vote, but to deny it; not only to suppress the vote, but to subvert it; not to strengthen or protect our democracy, but because the former president lost . . . It’s wrong.  It’s undemocratic.  And frankly, it’s un-American.”

Two books reviewed here in March of 2021 — also the first two which I reviewed for Tocqueville 21 — reached similar conclusions by different paths: James Miller, Can Democracy Work: A Short History of a Radical Idea, From Ancient Athens to Our World and William Davies, Nervous States: Democracy and the Decline of Reason.  Miller demonstrated that expansion of the right to vote — who gets to participate in the representative process of selecting leaders – was at the heart of democracy’s march forward in the 19th century, a march  accompanied by many steps backward.

Miller’s historical overview shows how, in the United States, Great Britain and on the European continent, the requirements of property ownership for male voting were gradually loosened and then disappeared; and, in the United States, the vote was extended to formerly enslaved persons (albeit often more in theory than in practice).  Women would have to wait until the 20th century to gain voting rights.  But by the mid-20th century, the universal right of all citizens to vote had become commonly accepted among all functioning democracies around the world.  It was and is the glue that holds together the other institutions and values we consider essential to democracy.

To this historical perspective, Davies added that a functioning democracy depends upon a widespread acceptance of a common core of empirically verifiable facts — “some commonly agreed starting point, that all are willing to recognize.”  How then, the review asked in conclusion, can a democracy work when there is “widespread disagreement with an incontrovertible fact, especially one that goes to democracy’s very heart, in this case the result of the vote and the peaceful transfer of power after an orderly election?”

That question is still with us a year later.  It will at a minimum lurk in the background as tomsbooks enters its second decade.  At times, the second decade may look much like the first, a continuation of reviews of books that raise issues pertinent to liberal democracy, yet often in ways that are not directly obvious.  But I suspect readers will also see more books under review here in the months and years ahead that address head-on the existential question of how democracy, especially but not exclusively in the United States, can be preserved or – I shudder to think – how American democracy might be restored.  I hope you will continue to read, including perhaps some of the books reviewed here, and that you will continue to think about the critical issues which these books raise — issues to be confronted as citizens as well as readers.  And, of course, I hope you will refrain from the temptation to use the singular “they.”

16 responses to “Tomsbooks@10: Beyond the Singular ‘They’”